I’m going to analyze the movie Batman Vs. Superman in order to find examples of different points from the readings assigned in Week 4. I chose this movie because (while the storyline was abysmal) the cinematography was extremely intriguing to me. I never really knew why until I looked at it paired with the information learned from the readings. I will proceed in the order that I found stills, matching different themes discussed in the readings.

This picture to me is a perfect example of foreground/background, because while there is a lot going on in the picture it is not cluttered. It shows a prominent figure in the foreground, and a striking city in the back making a great background. The figure gives the background depth. This contributes to the story of the movie because it conveys the solitary burden carried by Batman, to watch over the city.

This picture is huge to the storyline of the movie. If you know anything about Superman then you know that he is supposed to represent everything that is good. Seeing him wearing his suit that is supposed to be a symbol of good, with his face contorted in rage holding the mask of Batman “Gotham’s protector” it shows a sharp contrast. A contrast that contributes efficiently to the depth of the film.

This still from the movie is a perfect example of “moment” to me. It shows the “dynamic duo” Batman, and Alfred, deep in thought. This contributes to the storyline because it shows their constant struggle. The application of thought to the situation in order to solve a significant problem. 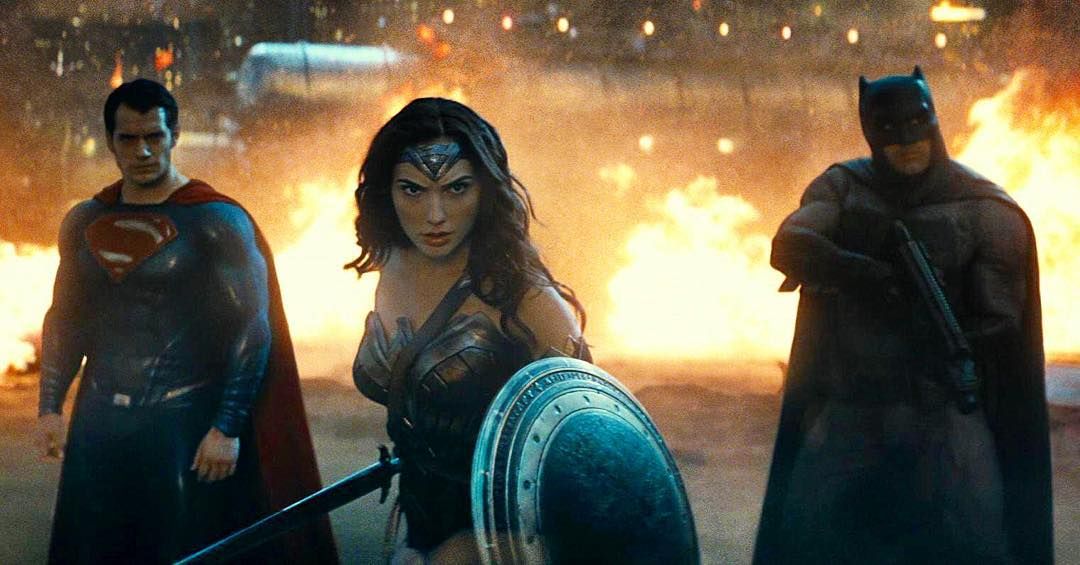 This still is a pretty good example of balance in a photograph. There are a lot of things going on in this still, so it would be very easy to overwhelm the audience with the information presented. However, the balance of the film paired with the foreground and background make for a very well put together photograph. This is a pivotal point in the film, showing all three superheroes working together to face a common enemy.

The four points were the most that I could find from the stills available to me, but I feel that they very effectively show the information presented. I learned a lot from this practice and I feel it likely that I will now always look at films differently.